Back to the Relationship Realm for a Moment 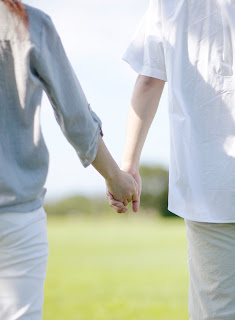 I know that I have been blogging more about change and my own personal stuff of late, but I think it is time to fess up!! I have been struggling a bit with my relationship. Now don't go screaming out the door or anything, my marriage is fine, but it has growing pains occasionally.

What's happening is this. My husband got laid off from his job about four months ago. Yeah, I know, it sucks! Now financially we are good. He is getting unemployment and has some other resources, and my business couldn't be better. The issues are closer to home than that. You see, I work at home. This is my place of employment. I am my own boss, and I love my job. But there is this guy who seems to think he lives here, and at this very moment is in the living room watching a basketball game.

Can you see the problem? I now see why my neighbor, when her husband retired last year, immediately went out and got a job! We have talked about this, and he has tried to make himself scarce as much as possible and stay out of the office while I am working. He has had to put up with a lot of playing golf, and going fishing, and other tough sacrifices, to stay out of my hair. The problem really is not my husband. It's me!

You see I want it both ways! I don't want him around while I am working. In fact I want him to be out there working himself. I know that he thinks he's doing me a favor when he spends the day golfing, but I don't see it that way. So here's the deal. I have to work on me. Yep, back to that old standard. It is all about me.

Here is one of the thoughts I need to work on:

Okay, got a basketball game to watch!

Posted by Marquita at 3:22 PM No comments:

This is Much Worse Than I Expected and That's Okay 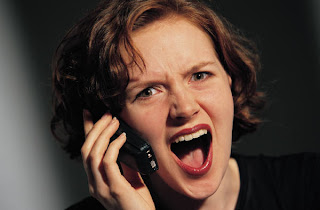 I spent the whole month of February of dreaming and scheming. I told you! I love Square Two and would gladly build castles in the air to live in, and never come down.
What happened though, is after a while of dreaming and scheming things began to interfere and my dreams started to become reality. I wanted to do more speaking engagements, and the energy whipped through the universe, and I landed my first paid speaking gig. Then a radio program asked me to be on their show! Can you believe this stuff really happens? You begin dreaming and envisioning and creating vision boards and all of a sudden, "Holy Cow," it works.
Anyway, this threw me directly into Square Three. Martha Beck calls Square Three "The Hero's Saga." The reason for this is that often when your dreams come true, or you get what you asked for, then you begin a period of hard work. Now I like hard work as much as the next girl, but I have to be honest, I sometimes still prefer the dreamland!
So here's what happened. I began working very hard to get ready for these precious engagements. Then a lot of people decided they want life coaching right now. I got so busy I hit the wall. The wall is the mantra for Square Three, and that is This is much worse than I expected and that's okay.
The part of this mantra that is the most important of all is "that's okay." Sometimes I get bored with hard work. I forget how enjoyable it can be. The reason I forget is that I along with a lot of other people have developed a taste for instant gratification. We want what we want, when we want it. Just take a look at the current economic crisis to see what I am talking about. A lot of people, myself included, thought we could keep building on dreams that were based more on instant gratification, than anything real.
It's made me look back a little at how I managed before I was successful, and how I lived when there weren't options like credit cards and home equity in my life. What I did was work hard and focus on the joy of the work. I would play hard too. The thing is, I would do both things, work and play, with what was available to me at the time and that worked just fine.
So that's my plan here in Square Three. I will work hard. If something doesn't work and I am met with failure, I will explore other ways of doing what I want. I will work on my thoughts every day and remind myself that this is okay. Life is sometimes harder than we think. Sometimes it's easier than we think. Either way is okay.
I will talk with you all soon. Gotta go, work to do!
Marquita
Posted by Marquita at 2:22 PM No comments: