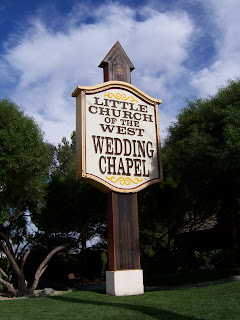 I apologize for missing my post last week, I was lost in a stupor of turkey and family and pumpkin pie! I have now returned to share my wisdom (or is that insanity!) with you again.
After writing the last post I realized that it is important to talk about the long and winding road that got me here, and the men I met along the way. What I hope that you take from this posting is that whether a relationship lasts a week or a lifetime, there are things that can be learned from each one. When I take the time to look back on the route that brought me to where I am today, and the man I married in the Little Church of the West Wedding Chapel, I find that each relationship brought with it lessons that got me here.
Some of these people were husbands, and some of them were long term relationships, and I am not going to name them or give incriminating details, those I save for my closest friends!
My first love was an Imago love, I met him and for a long time never wanted anyone else. I was instantly attracted and in love with him. He was smart and crazy. He could be the nicest man in the world and in the next go into insane rages. From him I learned that you cannot stay with someone when you keep imagining them dead. The biggest lesson I learned from him was that violence is never okay in a relationship. I made a decision when we split that I would never be treated with violence again, and I haven't been.
My second love was sweet and funny and sexy. He was not gainfully employed, and after we had been together a while I found out that he had never gotten divorced from his wife. He was a lot of fun for a while, but what I learned from him was that monogamy was important to me. I don't like to share, when it comes to men!
The next man taught me that you can get into your thirties and still have the job you dreamed of having as a youth. He lived life with gusto, and was extremely generous. During this relationship, I took a look at my life and decided that I didn't want to use alcohol or other substances to alter my moods anymore. Unfortunately, he did not want to give up his six pack or his bag of weed, and we parted ways. I learned that I didn't want active addictions in my life any more.
The next man was a mistake! He was another one of those Imago boys! I fell hard and fast, he swept me off my feet, and I thought this was it. Unfortunately, shortly after we merged households, he decided he didn't like where we lived (he picked it out!), he didn't like my daughter, he didn't like my dog, and he didn't like his job. We didn't last long, and in this relationship, I learned to never go for that instant love at first site stuff again. I also learned that emotional abuse is never okay.
My next relationship was the closest I have ever come to a soul mate. I knew this guy through and through. He was Native American, and a Vietnam Vet, and he turned me on just to look at him walk away in his Levis and Cowboy Boots! However, after a couple of years this little gambling addiction he had reared its ugly head. I went to counseling and stuck it out as long as I could, and in the end I learned that sometimes you love someone so much you need to let them go. This lesson was the hardest yet, and led me to staying single long enough to learn to love myself first.
Today, I am married to a man who is there for me in every way. I know that he would not even think about abusing me, emotionally or physically. I know that he wouldn't cheat on me. He is strong, and really funny, and is a wonderful friend. He traveled his own path with women and along the way learned a lot of the same things I did, and I am going to do my best to be as good to him as he is to me for a very long time!
The moral of the story is don't give up, don't stop learning, and don't stop believing that you will find the right love eventually.
Marquita 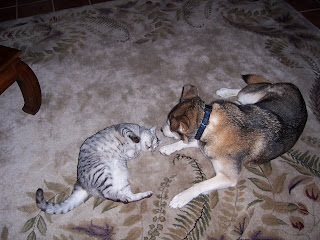 What happens if you have invested a lot of time in a relationship you have the discussion, and your partner absolutely does not want the same things you do? This is a difficult question. Usually by the time this happens you have built a strong foundation of love for this person, and it is difficult to believe they do not feel the same way you do, or want the same things in life.

Before getting to this place, I asked you to be really clear on what you want before having the discussion, and to be confident that you will be okay whatever the outcome. But doing that in reality is much harder than in the planning stage. So let's look at a specific scenario, and work on possible ways forward. Suppose you want a committed relationship that is exclusive and leading towards marriage and children. You have the discussion with your partner and he wants to continue dating, and is open to being exclusive for now, but wants to see what the future brings before making a big commitment. You feel really let down by this, but came to the discussion prepared for any options. After more discussion, it becomes clear that this is as far as he will go. Here are some suggestions for working with this, without going straight into "he doesn't love me, or he doesn't want to commit to me" mode.

If you stay connected to who you are and that your life is good with or without a partner it is much easier to be okay with any outcome. Continue to be kind and loving to yourself, and to your partner in any circumstance, and the best outcome can occur. 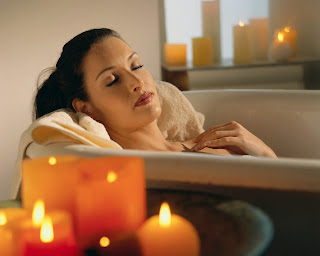 One of the hardest things to do is stay grounded when you have finally achieved your goals. You have spent some time enjoying your relationship, seeing where your path has led you, and are in a relationship that is on track with your essential self.

At this point, there is sometimes a let down, as we have spent all our time planning for this moment, and now that it is here we aren't sure where to go next. This can also happen when the answers we got in our discussion weren't what we were hoping for. You may still be committed to seeing where the relationship goes for the time being, but you are back to the great "not knowing". I actually hate the great "not knowing". This is where you are sure you want to keep moving on, but the future is an absolute mystery. Learning to stay in the now, and enjoy what is happening this moment is difficult for most and particularly for people like me!

One thing that can help is to allow a certain amount of each day for dreaming and future tripping. For me, this is during my morning walk with my dog. I allow myself to build my own castles in the air, and I work hard on visualizing myself living the life I want. To make this a more concrete action, you can allow yourself to dream, and then write down all the details of your ideal future. Include all types of description, including smells, sounds, sights, textures, so that you will have a rich detail of what that future looks like. Better yet, create a collage or picture board of what you want to bring into your life.

Once you have spent you dreaming and scheming time for the day, whether it is fifteen minutes or an hour, then put it away. Come back to where you are right now, and try to be completely present in your relationship, your career, and all other parts of your life. Be sure you don't miss what is happening right now. As John Lennon said, "Life is what happens, while you are making other plans." So although planning can help you attract what you want into your life, make sure you live your life too.

Marquita
Posted by Marquita at 10:30 AM No comments: